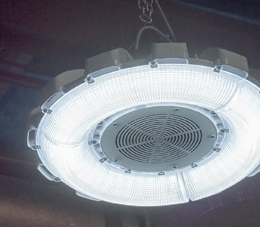 What others say about us

Above, we have attempted

Above, we have attempted to explain the measures we have taken to promote environmental protection and conservation of resources. We have been already been able to convince approval authorities as well as sceptical citizens’ initiatives with our presentation. Find out what others think of how we meet our obligations towards the environment here:

Environmental protection and large-scale plants are no contradiction in terms.

Wiegel is a success story of the combination of the environment and companies in large-scale industry.

Dr. Monika Kratzer
principal at the Bavarian State Ministry of Environment and Consumer Protection on the opening ceremony of the Wiegel plant in Feuchtwangen on 24 June 2016

In her welcoming address, Dr Kratzer pointed out how successful Wiegel has been, time and time again, at bridging the gap between apparent opposites such as industrial production and environmental protection. The new factory in Feuchtwangen is yet another “top high-tech quality” plant.

… because we are able to make it clear, that you have always been right at the forefront when it comes to the environment.

Dr. Thomas Goppel, MdL
in his video message to Wiegel on the occasion of the opening ceremony of the Wiegel plant in Feuchtwangen on 24 June 2016

On the occasion of the opening ceremony of the new plant, Dr Thomas Goppel praised Wiegel's long-standing commitment to environmental protection, which now spans over 25 years, and he recalled the pioneering role that Wiegel played in the industry even back then.

Mrs. Eveline Lemke
Minister for Economic Affairs, Climate Protection, Energy and Spatial Planning of the State of Rhineland Palatinate in Neuwied on 11 August 2015

During her visit to our hot-galvanizing plant in Neuwied on 11 August 2015, the Minister for Economic Affairs, Climate Protection, Energy and Spatial Planning of the State of Rhineland Palatinate, Mrs Eveline Lemke (Bündnis 90/Die Grünen (the German Green Party)) said: “There is no contradiction between economical production and sustainability here. It was interesting to see the innovative approach with which Wiegel has made the process of hot-dip galvanizing more efficient and thus cut environmentally harmful CO2 emissions. Efficient use of resources is part of the company’s philosophy.”

She praised “Wiegel as an genuine role model industrial enterprise.” The conversation focused on the long tradition of innovation and improvement at Wiegel. “There’s always something that we can do. It’s fun and that’s what motivates us.”, co-owner Alexander Hofmann said with a broad grin, and Minister Lemke is pleased to note that it is “precisely this passion for something that appears unsexy and boring at first glance, speaks volumes.” Such praise from a Green Minister of Economic Affairs is not only a great accolade for us, but also motivates us to continue pursuing our existing course undeterred.

When it comes to environmental protection, the Wiegel Group is exemplary and counts as one of the pacemakers of the entire industry.

Dr. Monika Kratzer
principal at the Bavarian State Ministry of Environment and Consumer Protection in her welcoming address on 8 May 2015

The Wiegel Group welcomed a high-ranking visitor from the Bavarian Ministry of the Environment in Munich to mark the opening ceremony of its new galvanizing plant in Graben near Augsburg. The plant started trial operation in October 2014, after just five months of construction. We were able to complete the statutory approval process very quickly in advance, the company reports, “because the Wiegel Group is a leader when it comes to environmental protection and efficient use of resources within the industry”. Manager Harald Füchtenbusch thanked the Augsburg Regional Council for issuing planning permission so quickly.

Wiegel is a hidden champion in terms of its sustainability strategy as well as energy and resource efficiency.

Wieland Kramer
moderator at the regional press conference for the Initiative “Metalle pro Klima” (metals for the climate) at the Wirtschaftsvereinigung Metalle (WVM, Federation of the Metal Industry in Germany) at Wiegel in Nuremberg on 26 July 2012