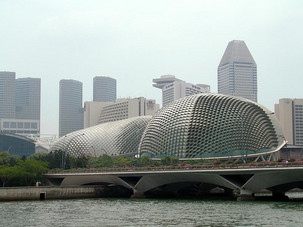 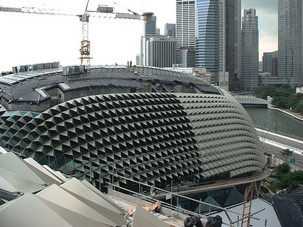 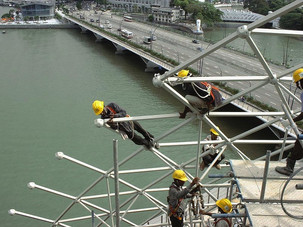 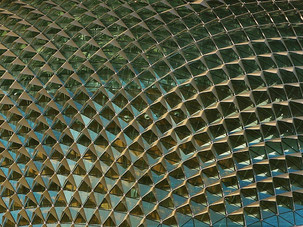 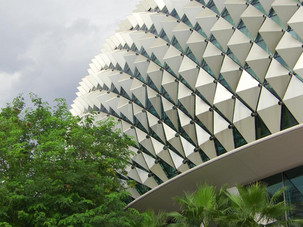 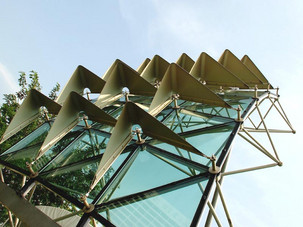 Esplanade – Theatres on the Bay, Singapur

In October 2002, a new cultural centre made from glass, hot-dip galvanised steel and aluminium roofing elements opened its doors in Singapore.

The eponymous Esplanade is a large area covering four hectares between Marina Centre and Marina Bay on the Singapore River. The cultural centre is designed for a broad spectrum of artistic activities and performances. The characteristic shape and surface design of the building is reminiscent of the durian fruit popular in this region.

On a gross floor area measuring 111,108 m², two large theatre buildings have been erected, which comprise several stage areas in both the indoor and outdoor arena. The ‘Concert Hall’ with 1,800 seats is designed for musical events and is equipped inside with numerous sophisticated features. Controllable resonance chambers, adjustable acoustic ceilings and a Klais organ as the centrepiece are installed in this building complex. The Lyric Theatre with 2,000 seats caters equally to the requirements of Asia’s performing arts as it does to those of the West. It houses a main stage, two side stages and a number of rehearsal rooms.

The entire complex is divided into a number of useable areas and is available to trade in the form of office suites and apartments, as well as to the local theatre companies for rehearsal rooms, production and office premises.

The structure is composed of a two-layer space framework, whose upper chord has been designed using the MERO bowl node system, the lower chord and the diagonals using the MERO ball node system. The upper chord structure has been protected against corrosion by WIEGEL hot-dip galvanising. On an area measuring 10,731 m², 29 mm thick triangular insulating glass panes have been installed. The glass panes are held at the corners with aluminium discs and secured at the three intersecting points of the individual glass edges with additional suction discs. The joints are sealed tight with approx. 27 km sealing profiles. The sunscreen is realised using some 6,200 aluminium panels, which have been produced in different angles according to the position of the sun. Thanks to a unique interaction of different constructions and designed spaces, the culture centre signals even from the outside the vast range of uses for which the building is intended and its significance as a cultural symbol and an outstanding landmark of the city.